Trending
You are at:Home»Commentary»What is Trump’s Secret Sauce? by Wayne Root

I’ve reported the numbers here in my newspaper column before. The stock market has soared upward the fastest in history under President Trump. Christmas bonuses are up dramatically. GDP is headed to the moon- almost tripling the GDP of Obama’s eight years. Jobs have soared since Trump became president- up 2.2 million since his election. Manufacturing jobs just had the best month in history. Confidence levels of small business owners, manufacturers and consumers are the highest in years. It’s literally “The Trump Economic Miracle.”

How did President Donald J. Trump turn the economy around so fast? He hasn’t even repealed Obamacare, or passed his gigantic tax cuts yet. So, what changed? The answer is Trump’s secret sauce…

“It’s all about the lawyers, stupid.”

As terrible as taxes are, there is an invisible tax that is much worse for business. It’s called regulations. It’s not a sexy topic, so it’s never in the media headlines. No one talks about it. But when regulations are heavy, business is strangled and suffocated. Middle class jobs vanish. No one wants to risk, invest, or create a quality job.

Under Obama it was raining lawyers!

No business owner, entrepreneurial idea man, or investor can survive in an environment like this. So, like so many millions of other businessmen in the Obama era, I stopped opening businesses. I stopped investing. I stopped raising money. I raised about $20 million for various businesses under President Bush. I didn’t raise $1 dollar in eight years under Obama. Regulations and lawyers killed the fun, killed my entrepreneurial spirit, killed the risk-reward ratio.

I’ve been in business for 35 years- since the day I graduated Columbia University (as Barack Obama’s classmate). When I got out of college, I went into business without a lawyer. I rarely ever needed a lawyer for anything- other than my incorporation papers. I called a lawyer perhaps once a year. My legal bills were nominal. Lawyers were an afterthought to my business startup plans.

Because of Obama and his regulations, everything changed. My legal bills went through the roof. My entire life became lawyers. No businessman or woman can make a move anymore without consulting a lawyer. Every contract I look at, let alone sign, requires thousands of dollars in legal bills. Today, my lawyer is my business partner- whether I like it, or not. Lawyers under lawyer Obama (and lawyer wife Michelle) became the biggest cost of doing business. Coincidence?

President Trump is already the greatest regulation killer in the history of the presidency. He has killed billions of dollars of regulations. And most importantly, he isn’t replacing them with new ones. One of Trump’s very first Executive Actions as president laid down the law- for every new regulation created, two regulations must be killed. The result: Lots of out of work lawyers!

This is President Trump’s secret sauce. “It’s all about the lawyers, stupid.” Trump isn’t just killing regulations. He’s killing off lawyers. And that’s a great thing for all of us. That’s why to business owners across America, this will be the merriest Christmas ever! 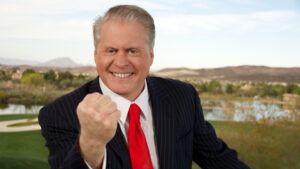