Trending
You are at:Home»Commentary»We Need to Defend Trump! Opening Up America Again Now

Perhaps I am a bit edgy due to coronavirus house arrest. Just kidding. However, this guy’s email really annoyed me. “We’re in lock down and people are hurting wondering how they will pay their bills. All this was not happening 4 years ago. Over the last 4 years we have continued to see our freedoms erode. Yet, some keep hoping Trump will be our savior. What has he done over the last 4 years? All I’ve seen was more decay.”

Here is my response: “Where do you think we would be had Hillary won? Trump has fought for our freedoms like no Republican since Reagan. He has Republicans, Democrats, never Trump conservatives and 99% of the media fighting against his America first agenda. I give the guy credit.”

Folks, I refuse to dump on the only guy with the guts to fight for us. Trump has accomplished an extraordinary list of unprecedented achievements for We the People.

Coronavirus placed Trump between a rock and a hard place. Upon learning about the coronavirus, Trump immediately implemented a travel ban from China. Democrats and fake news media accused Trump of overreacting and racism.

Democrat and conservative media began reporting coronavirus as the worst to hit the planet and that we were all gonna die. I stopped watching Tucker Carlson on Fox News because every evening his reporting about the virus became scarier and scarier. Media scared the crap out of Americans on both sides of the political aisle.

Some folks say Trump should not have gone along with Dr. Anthony Fauci and other experts’ proven-false prediction of two million deaths. Trump could not challenge the “experts.” With nationwide fear so high, members of his base would have joined fake news media and Democrats in crucifying him. Therefore, I do not think Trump screwed up by appearing to listen to Dr. Fauci. Trump did what he had to do. He did not willingly risk collapsing the remarkable economy he built via deregulation.

With the exception of Rush Limbaugh, pundits and politicians on both sides of the aisle were afraid to oppose the shutdown. Everyone surrendered to the narrative, “We cannot sacrifice lives for money.” Was Trump supposed to stand out there all alone, appearing to endanger lives by refusing to support the shutdown? Fake news media would have eaten him alive with many of his supporters joining them.

Trump is a master dealmaker with excellent instincts. He had to go along with the program until more Americans realized that the predictions of catastrophic high deaths was fake news. People realize that the so-called coronavirus crisis is Democrats’ dream weapon to unconstitutionally control every aspect of our lives. 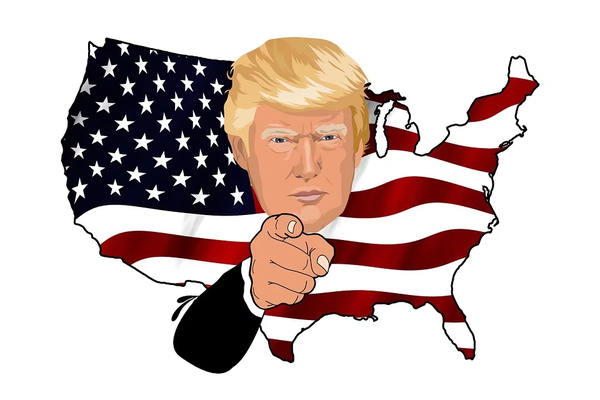 I am hearing tons of heartbreaking horror stories about the shutdown destroying lives. Cruelly, Democrats and fake news media are lovin’ it. They plan to blame Trump for the economic suffering to stop his reelection. In realty, their insidious fearmongering pushed America into this self-induced mess.

A 106-year-old woman recovered from coronavirus. Ninety-eight percent of people who catch coronavirus recover. Rush Limbaugh pointed out that in 2018, the normal flu season caused 810,000 to be hospitalized and 30 to 60,000 died. Hospitals were not overrun, and we did not shut down the country. We are nowhere near such numbers with coronavirus.

Still, a lot of Americans remain petrified of coronavirus and oppose Trump reopening America. At the same time, many Americans are fed up with governors’ draconian edicts.

The swiftly growing nationwide rebellion against the shutdown gave Trump ammo to be the adult in the room. Despite the fears of many, Trump announced “Opening Up America Again” beginning May 1st. Trump said some states will reopen before May 1st. Governors are empowered to tailor the reopening of their state. It is up to residents of each state to aggressively protest to rein in their power-obsessed governor.

Speaking of wacko power-obsessed governors, California governor Gavin Newsom implemented an extreme lockdown for residents while tent city vagrants and illegals roam free. Newsom’s boot on the neck of residents contributed to creating mile-long lines of cars to get to Second Harvest Food Bank. Meanwhile, Newsom proudly announced he will give $125 million in coronavirus relief checks to illegal aliens.

After Trump announced his plan to reopen America, CNN immediately began cranking up more coronavirus fear to undermine reopening America. We all know that upon the first death after the reopening, Democrats and fake news media will call Trump a murderer, guilty of crimes against humanity. They’ll say ego-driven Trump selfishly sacrificed lives to save his economy. They will even find a way to absurdly throw racism into the mix.

Who in the political universe would be able to withstand such attacks other than our Superman president, Donald J. Trump? Trump’s leadership, guts, and commitment to the American people will make him victorious over their evil smears.

I’m on the Trump Train, folks, riding it all the way through November 2020 and beyond.