Trending
You are at:Home»Current Events»WATCH: President Trump Speak at Unveiling of Boeing’s 787-10 Dreamliner

President Trump traveled to North Charleston, South Carolina to speak at the Boeing plant celebrating the unveiling of the new Boeing 787-10 Dreamliner. A supportive crowd of about 5000 enthusiastically cheered him on during the speech which lasted just under 20 minutes.

The backdrop of the new 787-10 Dreamliner made for a spectacular setting. Trump reiterated his mission to create new American jobs and keep companies from moving overseas. 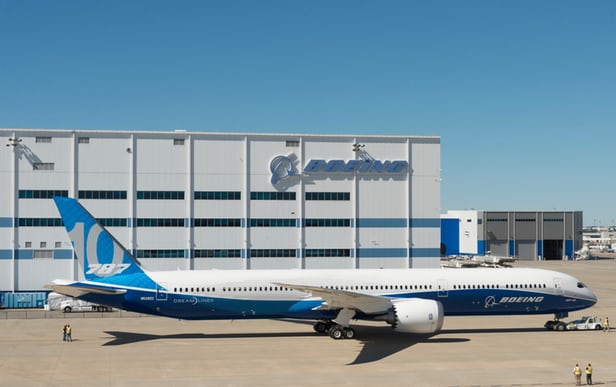 He also made news hinting that the Administration may be seriously considering a large purchase of Boeing’s F/A-18XT Advanced Super Hornet Block III aircraft (at the 10 minute and 10 second mark on the video) and reducing the number of F-35 stealth fighters purchased for the US Navy.

He also mentioned his pledge to totally rebuild our military and that it will be so strong no one will challenge us. Enjoy the speech.