Trending
You are at:Home»Commentary»United Airlines Scandal is Nothing Compared to the IRS Scandal! by Wayne Root

“A picture is worth a thousand words” as the old saying goes. And a picture in the media is worth a million words…and billions of dollars!

The media decides what makes the headlines. The media just turned the United Airlines scandal into the biggest news story of the year. One customer being beaten and dragged off a plane went viral and destroyed a billion dollar brand.

In this case the mainstream media was right. The minute I saw what United Airlines did to one of their own customers, I warned in media interviews this would destroy United Airlines’ brand, cost them billions in lost business, and drive their stock dramatically down. This is a Business School case study in how to destroy a billion dollar brand overnight.

This scandal was so powerful because it could have been anyone of us. What if that poor beaten and bleeding man being dragged from the plane was you? Your husband? Your son? Your dad?
That incident wins the award for the worst treatment of a customer by a private sector company ever.

Disgraceful. Everyone involved should be fired.

But I have a much worse story than this. A similar story, except far more widespread. The difference is the media never made it a headline. They barely covered it at all.

It’s also a story of a CEO and terrible abuse of his own customers. The CEO is former President Barack Obama. The customers in this case were conservative taxpayers. The company that committed the terrible crimes against thousands of our fellow citizens was the IRS.

That’s why the media never cared. That’s why the media never covered it. Obama was (and still is) their hero. And the liberal mainstream media hates “evil” private sector corporations like United Airlines. But they love government agencies like the IRS. They don’t want the wrongdoing, abuse and corruption of government to make headlines all over the world. The media covers up scandals involving Democrats and government. The either kill the story…or put it on the bottom of page 98.

Now President Donald Trump has the opportunity to expose the most widespread criminal conspiracy in U.S. political history. This scandal would make the Gambino Crime Family blush. I have stumbled upon this “political scandal of a lifetime” because I’m a witness. I was one of the victims. Now I’m asking President Trump to get involved in seeing that justice is served.

Back in 2010, I became one of the most high-profile critics of President Obama. My opinions were featured in the national media, day and night. In particular, here on Fox News. Suddenly I became the victim of the most vicious, over-the-top, IRS attack any tax expert had ever seen. I was targeted for destruction. It was a witch hunt, persecution and intimidation all in one. It was meant to punish me, distract me and bankrupt me.

I beat the IRS. A judge in tax court threw the case out. But only six days after winning in court, I was under a new IRS assault. Tax experts reported this had never happened before in tax history. They told me, “You are on the President’s Enemies List.”

Thankfully, I won again. I didn’t owe one cent. But I lost three years of my life and tens of thousands of dollars in legal fees. I didn’t sleep for three years. I told my story multiple times on Fox News.

Government watchdog Judicial Watch got involved. They fought a 14-month battle to force the IRS to hand over my tax files. Once we prevailed, guess what we found? Hard evidence this was a political witch hunt, persecution, and intimidation based on my conservative political beliefs. We have the proof in writing. A government agency- in America- tried to destroy a citizen based on his political beliefs.

But this scandal isn’t like the United Airlines scandal. The media destroyed a billion dollar brand based on one poor man’s treatment at the hands of a cold, ruthless bureaucracy. This is so much worse. So much bigger.
The IRS scandal is not about one man being abused by a cold, ruthless bureaucracy. And he will make millions in a lawsuit against United. Millions for one hour of abuse.

The victims of IRS abuse suffered for years. And there are non lawsuits possible- because government employees are protected by law from lawsuits.

But here’s the big story. I’m only the tip of the iceberg. There were thousands of victims just like me attacked by Obama’s IRS.

How Do I know? Well first, did you see the headlines from Judicial Watch this week? Of course not. No one did. The media never covered the new developments in the IRS scandal involving thousands of abused customers. They were too busy covering the one customer abused by United.

Here is what you missed. The IRS has finally handed over thousands of pages of supposedly “lost documents.” They claimed they were lost forever. It turns out they weren’t lost, just hidden from investigators. These documents confirm the IRS illegally targeted conservatives.

But the scandal runs much deeper than the abuse of faceless conservative groups. I’ve personally heard from over a hundred individual GOP donors who were mysteriously attacked out of the blue by the IRS- in each case, only weeks after writing a donation check to either the GOP, a GOP candidate, or a conservative group.
I’ve heard from board members of Tea Party groups who were attacked by the IRS for the first time in their lives, only weeks after joining the board.

I heard from a hedge fund CEO who attended the first meeting of hedge fund executives for Mitt Romney back in 2011. Everyone of the millionaire hedge fund CEOs in the room that day wrote a big check to Mitt Romney. He reports every one of them wound up under either IRS or SEC attack. 20 for 20. Could that be a coincidence?

There are clearly thousands of cases out there- just like this.
If the IRS targeted thousands of Obama critics and individual conservative donors, this was the biggest criminal conspiracy in US history. And it’s easy to prove.

Here’s my recommendation for President Trump:

Start a DOJ investigation immediately. This case is so easy to prove. Simply compare Federal Election Commission lists of GOP donors for the eight years of Obama versus a list of IRS audit victims. I’m betting you’ll find IRS audit percentage rates through the roof. I’m betting you’ll find well over 50% of large GOP donors were audited by the IRS during Obama’s eight years in office.

1% versus over 50%. That’s statistically impossible.

I’m betting what DOJ investigators will also find is that Obama’s IRS targeted and audited the highest percentage of GOP donors of any president in history. The numbers will be out of this world. More than any other president times ten.

Of course, this is proof of criminal targeting. I know what Obama did to conservatives. This was a massive criminal conspiracy to persecute, punish, intimidate and bankrupt GOP donors, activists and critics of Obama. It was meant to weaken and starve Obama’s political opposition. It was meant to scare anyone away from writing a check to conservative candidates or causes. And it worked.

Lower-level IRS employees didn’t do this by themselves. They were just following orders. Orders given by the Obama White House to destroy conservatives.

President Trump must send a loud message. No American citizen can ever again be targeted by government for their political beliefs. Everyone involved must be prosecuted to the fullest extent of the law.
President Trump- start this investigation.

This is how you drain the swamp. 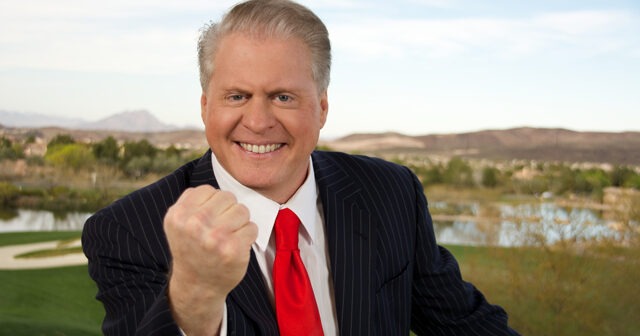 Featured image of the IRS building in Washington DC by Cliff from Arlington, Virginia, via Wikimedia Commons