Trending
You are at:Home»Commentary»Trump’s Budget: $984 Billion Deficit Next Year by Terry Jeffrey

When you read the budget message President Donald Trump sent Congress earlier this year, you soon come across a concession that Washington insiders have been making for years — just before they vote for bills they know will massively increase the federal debt.

Trump then asked Congress for a budget that his own Office of Management and Budget estimates will cause the federal government to run a $984 billion deficit in fiscal 2019.

Back in 2009, just before his first inauguration, President Barack Obama — no fiscal conservative — complained that the “deficit levels that (he was) inheriting” were “unsustainable.”

“At a certain point, other countries stop buying our debt,” Obama told CNN in an interview broadcast on Jan. 18, 2009. “At a certain point, we’d end up having to raise interest rates, and it would end up creating more economic chaos and, potentially, inflation. So, what we need to do is say that, instead of just printing more money, let’s look at medium term and long term. Let’s get a handle on Social Security. Let’s get a handle on Medicare. Let’s eliminate waste in government, where it exists.”

Obama, of course, did not get a handle on deficit spending. He did the opposite. In his eight years as president, he expanded federal entitlement programs — and the debt increased by $9.3 trillion.

In other words, as the Trump White House envisions it, Trump will run annual deficits of more than $900 billion for the rest of the term he was elected to in 2016.

He will do this even though he believes our “current fiscal path is unsustainable.”

But, under Trump’s proposal, the annual deficits, as estimated by his OMB, would eventually drop to as low as $363 billion — 10 years from now in 2028.

This decline in the deficit would happen, in part, because Trump’s budget assumes real GDP will grow at 3 percent or better for seven straight calendar years — from 2018 through 2024.

Even with its optimistic economic assumptions, the Trump budget concludes that the cumulative deficit over the decade from 2019 to 2028 will be approximately $7.177 trillion.

This is despite the fact that the Congressional Budget Office, in its own analysis of Trump’s budget, credits the president’s proposal with cutting $3.5 trillion in would-be spending over the next decade from the CBO’s current baseline.

“The deficit reduction under the president’s proposals relative to CBO’s baseline would stem largely from lower spending, mostly for nondefense discretionary programs and mandatory health care programs,” said CBO. “Between 2019 and 2028, federal outlays would be $3.5 trillion (or 6.3 percent) below baseline amounts.”

CBO’s analysis, using its own economic assumptions, estimates that the cumulative deficit from 2019 to 2028 will be $9.474 trillion.

But whether the cumulative deficit over the next 10 years ends up being closer to $7.177 trillion or $9.474 trillion, who is going to loan Uncle Sam the cash to cover it?

The largest owner of U.S. Treasury securities today is the Federal Reserve. As of last week, it owned $2.387 trillion.

But Chinese ownership of U.S. Treasury securities peaked in November 2013, when it hit $1.3167 trillion, according to the U.S. Treasury Department. It has declined about 9.8 percent from that peak.

Japanese ownership of U.S. Treasury securities peaked in November 2014 at $1.2415 trillion. It has declined about 15.9 percent from the peak.

As this column recently noted, Rep. Paul Ryan, who was then the ranking member on the House Budget Committee and who is now the departing speaker of the House, warned 10 years ago that the federal government was heading toward bankruptcy.

“We have a fiscal crisis,” Ryan said then. “If government’s growth is left unchecked and unchallenged, America’s best century will be considered our past century.” 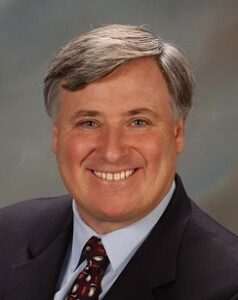 Terence P. Jeffrey is the editor-in-chief of CNSnews.com. To find out more about him, visit the Creators Syndicate webpage at www.creators.com.