Trending
You are at:Home»Current Events»Listen Up! Tim Tebow Shocks Reporter On The Meaning of Life & Sports!

NOTE: Watch the whole press conference but the 9:00 minute mark is Tebow’s ‘Meaning of Life’ moment.

Tim Tebow is great! No matter where he goes or what he does he spreads joy and happiness. Isn’t that what it is all about?

Tebow was born on August 14, 1987 and is currently playing professional baseball as an outfielder in the New York Mets organization. In college he played football as a quarterback for the Florida Gators and won the Heisman Trophy in 2007 as the nation’s best all around college player. He quarterbacked the Gators on two BCS National Championship-winning teams during the 2006 and 2008 seasons. 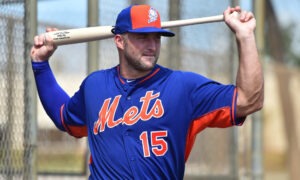 Drafted by the NFL’s Denver Broncos in the first round he played three seasons in the National Football League leading the Broncos to the AFC west title and beating the Pittsburgh Steelers in the playoffs before losing to the New England Patriots lead by Tom Brady. Tebow’s time with Denver was highlighted by amazing late game comebacks.

Tim stands at 6’3″ and weighs 245 pounds. Tebow is an American sports legend no matter how you look at it. He could very well have been the most widely known sports figure in the world at one point.

We are always rooting for Tim to succeed in whatever he chooses to do! It’s ‘Tebow Time’ once again! 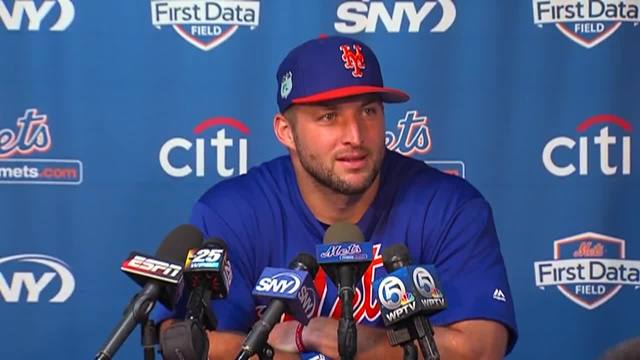