Trending
You are at:Home»Commentary»Fake News! CBO Says Ryancare Will Cause 24 Million to “Lose” Their Health Insurance

The left is running with the CBO narrative that Ryancare, the GOP establishment replacement bill for Obamacare will cause 24 million to “lose” their health insurance if passed.

Total FAKE NEWS! Did the CBO say that? Probably but the CBO is full of leftists just like the Democrat Party, the mainstream media (press wing of the Democrat Party) and unfortunately it appears our State Department and even the Intel community.

But on the other hand they might buy health insurance even though they don’t have to so there is no definitive answer even though the left and the CBO wants you to think otherwise.

Let us be clear though, we DO NOT support Paul Ryan’s healthcare bill at all! It has a LONG way to go before we would. Hopefully they will make the big changes needed to make this right.

President Trump do not let us down on this huge issue!

The truth is hard to find these days. 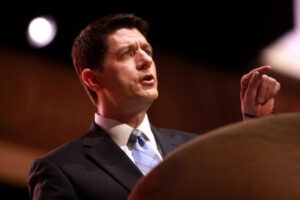